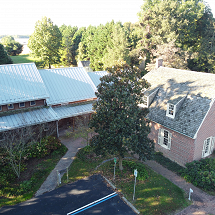 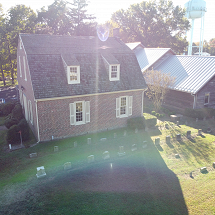 Camden Meeting was established in 1795, in Camden just south of Dover, Delaware. The historic meetinghouse was built in 1805. It has been recognized on The National Register of Historic Places. Early members were abolitionists and provided shelter to runaway slaves on the Underground Railroad at great risk to themselves.
Camden Meeting was once one of several Quaker Meetings in the area. The map below is a mural at Third Haven Meeting in Easton, Maryland. This shows the early Meetings in Delaware and the Eastern Shore of Maryland. By the mid 1700's many of these other Meetings were gone.