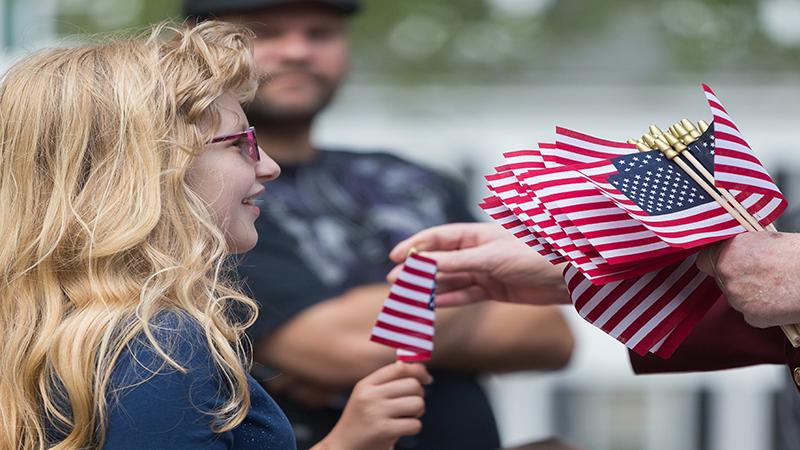 There’s no better place than Delaware, the First State in the Union, to celebrate our nation’s independence! Visit Delaware’s Quaint Villages for a full day of activities and exciting entertainment — not to mention FIREWORKS — and make this Fourth of July one for the books.

Take a Stroll Through History

As one of the thirteen original colonies, our patriotic spirit runs deep and true. Discover our proud history and heritage on a number of Fourth of July tours, including the Legislative Hall, Delaware’s Capitol building, and the First State Heritage Park Center and Galleries. With interactive challenges and a special holiday scavenger hunt, the First State Heritage Park is a great place to uncover Dover’s cultural treasures — and even win a prize!

Take a break from the summer heat and visit the Biggs Museum of American Art to see a special exhibition of etchings by Rembrandt, needlework samplers from 18th and 19th century Delaware, and the museum’s permanent collection of historic American paintings, furniture, and silver.

Looking to spend more time outdoors? Check out the two walking tours offered in Dover this Fourth of July. The Tales of Slavery and Freedom Walking Tour takes off at 2:30 p.m. from the John Bell House on The Green, celebrating the Dover Eight and their daring escape to freedom. Dover’s Heroes of the Revolution Walking Tour, starting at 12:30 p.m. and again at 4:30 p.m., showcases Delaware’s valiant patriots, including John Haslet, John Patton, and Dr. James Tilton.

It’s an all-day party for the Fourth! With entertainment options around the clock, you won’t have a dull moment during these festivities.

Starting bright and early at 9 a.m., enjoy patriotic music played on original Victrola Talking Machines at the Johnson Victrola Museum. Catch a viewing of Thunder and Rain, a feature film about Caesar Rodney’s historic ride for independence, throughout the day at the Old State House on The Green. And don’t miss the National Bell Ringing Ceremony — every Independence Day, bells ring across America’s thirteen original colonies at 2 p.m. to jointly celebrate the birth of our nation. Join us as we read the Declaration of Independence and ring the Old State House bell (a repeat ceremony will occur at 4 p.m.).

Starting at 4 p.m., peruse and purchase from a variety of food and craft vendors along Martin Luther King Blvd, and stock up for the parade! The party really gets going with the Old Fashioned Fourth of July Parade, a patriotic celebration filled with music, marchers, antique cars, and more through downtown Dover. The parade kicks off at 6 p.m. and follows along State Street, starting at Hazel Road and ending just past The Green.

After the parade, dance and sing to the 287th Army Band of the Delaware National Guard — a full concert band showcasing a variety of musical styles and performing patriotic, pop, and band classics in front of Legislative Hall, leading up to the fireworks show.

Fun for All Ages

There’s something for everyone at Dover’s Fourth of July festivities! Kids of all ages will have a blast, with colonial games and activities at the John Bell House on The Green and a special kids’ craft at the Biggs Museum of American Art: patriotic paper lanterns in red, white, and blue. Starting at 5 p.m., head to the Legislative Mall for even more free children’s activities, including moon bounces, pony rides, and a petting zoo.

Last But Not Least, FIREWORKS

We know what you’ve been waiting for — fireworks! The 2018 Dover Fourth of July fireworks show will begin at approximately 9:20, but you’ll want to scope out your seats well before then, as this is a show not to be missed! (In case of rain or high winds, fireworks will be rescheduled for Saturday, July 7.)

Dover’s not the only one of Delaware’s Quaint Villages with Independence Day spirit!

The towns of Smyrna and Clayton are celebrating with their annual Fourth of July extravaganza! Join their Fourth of July parade, beginning at 9:30 a.m. on Commerce Street. Continue the festivities with their annual baby contest at 1 p.m. (open to all little ones 0–4 years old!), and check out their inaugural beard contest at noon! This fun, new event will be held at Municipal Park at the gazebo and has four categories: full beard, goatee, groomed beard, and the Double Dapper. The event culminates with their spectacular fireworks show, beginning at 9:15 p.m.!

For more information on the celebrations in Delaware’s Quaint Villages, visit https://www.visitdelawarevillages.com/events-calendar/.