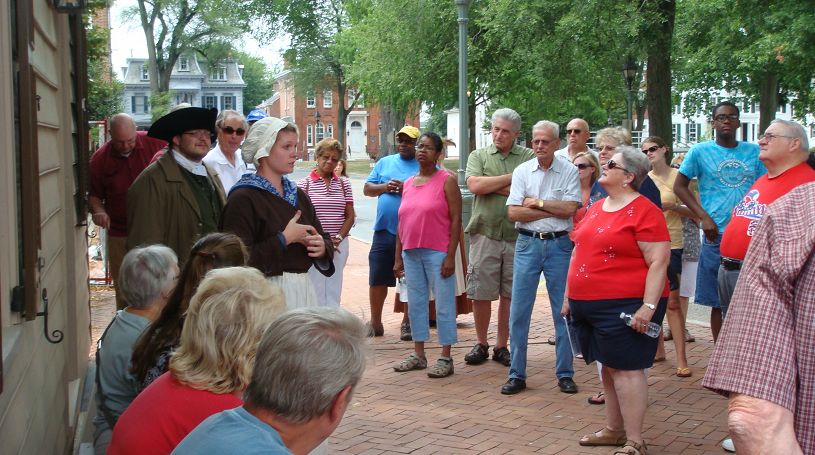 Stories of The Green Walking Tour

The     is ’s first urban “park without boundaries” linking historic and cultural sites in the city that has been the seat of state government since 1777. It is a partnership of state and city agencies under the leadership of Delaware State Parks.

For 300 years The Green has been the center of commerce, politics, and civic life in .  Guided walks through the historic district reveal the people and events that left their mark on ’s history.  Free tours led by historical interpreters in period dress begin at the John Bell House on The Green every hour and last approximately 45 minutes. 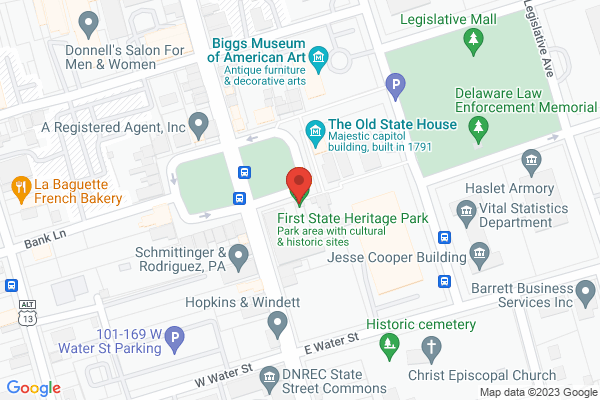