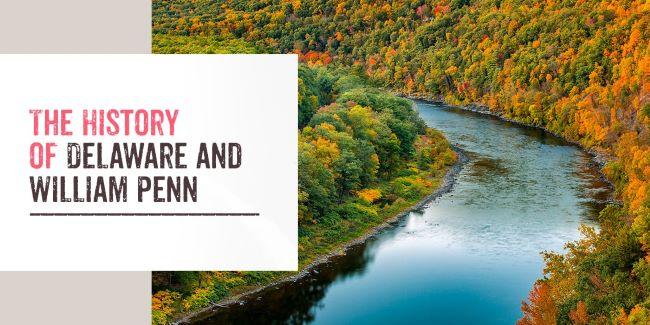 Learn about the state of Delaware's early and colonial roots, from the history of the Delaware River valley to how William Penn helped shape the colony.

Delaware’s colonial history is fascinating and complex. Control of the Delaware watershed region passed back and forth from Dutch to Swedish control for some time. Finally, English settlers and William Penn shaped Delaware into the state we know today. About a hundred years later, Delaware helped shape the nation during the American Revolution.

From the history of the Delaware River to colonial settlements, the state’s history is riveting. Before visiting the great state of Delaware, immerse yourself in its rich history.

Before European explorers arrived, laid claim and settled Delaware, the area belonged to the indigenous people of the Nanticoke, Susquehanna and Lenni Lenape tribes. After the Swedish and Dutch arrived, the native people traded with the European settlers for almost half a century.

Many European nations felt they had sole claim over the Delaware watershed area. The English claimed the area had been theirs before the Swedish and Dutch even arrived, though they hadn’t settled there. They based their claim on the 1497 explorations of John Cabot, as well as explorations by the English soldier and colonial governor Captain John Smith. Ultimately, though, by founding the settlement Zwaanendael — what we now know as Lewes, Delaware — in 1631, the Dutch became the first Europeans to occupy the Delaware area.

In the same year that the Dutch established Zwaanendael, there was a shift in colonial authority. Peter Minuit, the director general of the Dutch colony of New Netherland, began having disagreements with the Dutch West India Company and started working with his friends in Sweden. With the country’s considerable power in European politics, Sweden and Minuit worked together to fund a new voyage, intending to settle the territory of New Sweden.

Minuit led a group to the Delaware River under Sweden’s flag in 1638, establishing a trading post in what is now Wilmington. The Swedes began a colony there and it gradually began to grow. For a short time, the settlements of New Netherland and New Sweden coexisted. Then the Dutch attacked the Swedish communities in 1655, effectively ending the New Sweden colony and annexing the land back to New Netherland.

However, the British had arrived and the Dutch wouldn’t hold on to their claim for long. Britain and the Netherlands were direct competitors over the New Netherlands territory during the 17th century. Jealous of the Dutch’s success, England became interested in the land. The two countries’ competing claims over the settlement began a series of disputes, and England eventually traveled to the area.

Establishment of Delaware Under William Penn

As one of the key figures in American history, what William Penn did for Delaware is monumental. He is often known as the creator of representative government for the state.

William Penn was an English Quaker leader and an advocate for religious freedom. Before coming to the New World, Penn had been imprisoned four times, including in the infamous Tower of London, for publicly questioning the Roman Catholic, Anglican and Protestant religions.

Penn had multiple connections to Delaware land, including the establishment of the area that’s now Wilmington, Delaware. In 1638, Swedes established a permanent settlement there called Fort Christina. However, the English took control of Fort Christina in 1664 and it became part of New York until 1682. 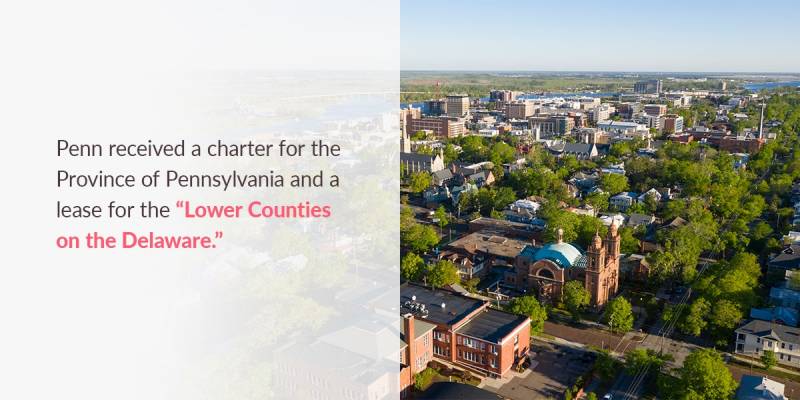 The Birth of Wilmington

The Duke of York gave Penn this portion of the territory, which Penn renamed Pennsylvania. Penn received a charter for the Province of Pennsylvania and a lease for the “Lower Counties on the Delaware.” More Quakers settled in these lower counties, attracted by the good farmland and short distance to Philadelphia. In 1739, Quaker merchants established the town of Wilmington.

Penn established a combined assembly for his land, as he had outlined in his Frame of Government of Pennsylvania in 1682. The assembly’s meeting place alternated between Philadelphia and what’s now New Castle County, Delaware. However, as Philadelphia grew in size and population, its leaders were less willing to travel to New Castle.

In 1704, both regions agreed to govern themselves, meeting and passing laws separately. The Lower Counties continued to operate as one region and adopted their first constitution in 1776, declaring a communal identity as “The Delaware State.”

When construction finished in 1829, the Chesapeake and Delaware Canal proved to be a huge benefit to the shipping and trade industry, shortening the trip from Baltimore to Philadelphia by almost 500 miles.

Today, the canal is the only one built in the 19th century that still operates as a major shipping route. The original pump house is now a museum and visitor’s center. Visitors can view two of the steam engines initially installed in 1850, the oldest in America still on their original foundations.

The state of Delaware is rich in history, spanning from the early colonial era to the Civil War.

For those looking to get away from the hustle and bustle of urban life, the town of Smyrna gives visitors a chance to connect with the great outdoors. Visit Bombay Hook National Wildlife Refuge to see the diverse wildlife of the Delaware coast or wander Blackbird State Forest’s trails and campgrounds. In town, visitors can learn about Smyrna’s connection to the Civil War at the Smyrna Museum and wrap up the day at one of the town’s many restaurants and breweries.

You can also travel to Camden, a town with a rich Quaker history. Camden features historic Underground Railroad stops that you can explore during your trip, like the Camden Friends Meeting center. Abolitionists used this historic Quakers meetinghouse to shelter runaway slaves on the Underground Railroad.

Wherever you go, Delaware’s Villages have something unique to offer to every visitor looking to learn more about The First State. 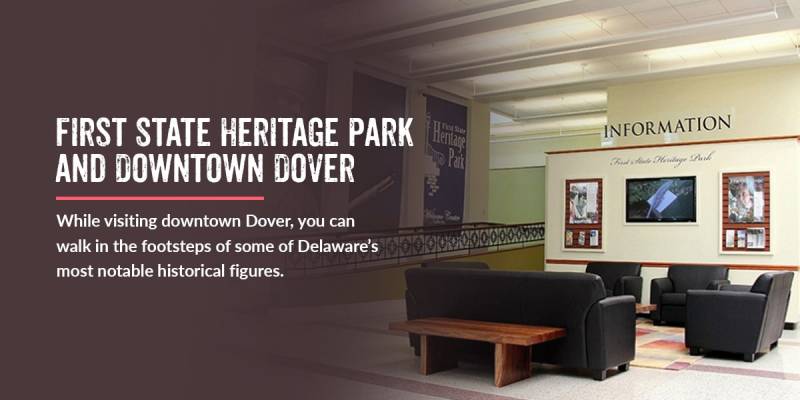 The First State Heritage Park proudly links historical and cultural sites in the city of Dover, creating Delaware’s first “park without boundaries.” The city of Dover has been the seat of government since 1777, hosting numerous historical figures in U.S. history!

While visiting downtown Dover, you can walk in the footsteps of some of Delaware’s most notable historical figures. Learn about history in Delaware at the John Bell House, the oldest wooden structure on The Green or stop by the Old State House, Delaware’s original capitol building. Then, step back in time to colonial America and tour the John Dickinson Plantation, where you can learn about the life of one of America’s founding fathers and signers of the U.S. Constitution!

Learn more about what history you can uncover at Delaware’s Quaint Villages today!