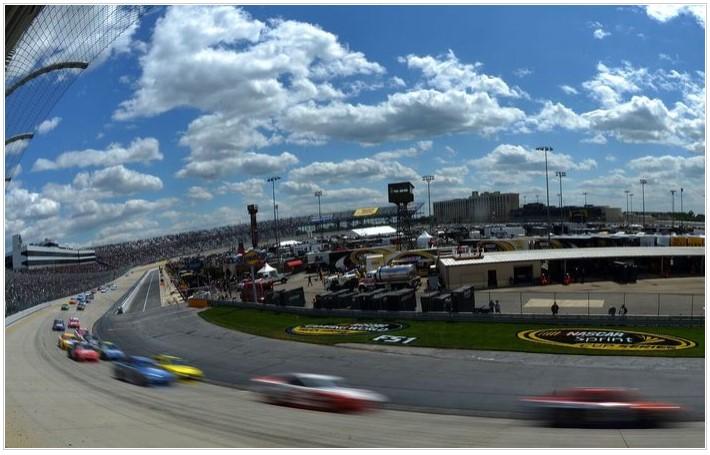 Race-lovers, start your engines! NASCAR is returning to Dover International Speedway, for an amazing tripleheader weekend that includes the NASCAR Cup Series.

It all kicks off on Thursday, September 28 with a free NASCAR hauler parade that will wind through downtown Dover before ending up at the track that afternoon!

Watch as these up-and-coming drivers battle it out for their chance to take home a trophy of their own. Racing starts on Friday, September 29 with the NASCAR K&N Pro Series East race taking to the track first. Click here for the full Dover International Speedway 2017 Fall Race Schedule.

Things will really heat up on Saturday, September 30 with the “Use Your Melon. Drive Sober 200” NASCAR XFINITY Series playoff race! With only five other races left in the series, this is sure to be an adrenaline-fueled race that you won’t want to miss.

The main event — the Apache Warrior 400 Presented by Lucas Oil Monster Energy NASCAR Cup Series Playoff Race — returns to the Monster Mile on Sunday, October 1. For the fourth straight year, the Dover International Speedway event will feature the first four eliminations in the 16-driver field vying for the NASCAR Cup Championship — so expect tensions to be high, excitement to be extreme and racing to be intense from start to finish! Learn more and book your tickets here!

With this triple threat of a weekend, you won’t want to miss a single second of racing, so be sure to check in to a hotel nearby. Book soon, before we fill up!

Gear up for a fully action-packed weekend at Dover International Speedway! Be sure to check out all the great restaurants nearby and  things to do in between races. See you at the start line!