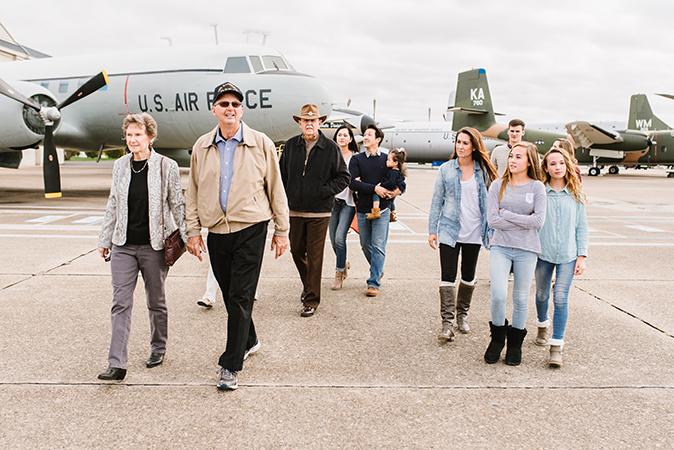 This year marks the 75th anniversary of D-Day, when over 150,000 Allied forces stormed the beaches of Normandy and embarked on a courageous crusade to take back northern France, laying the foundation for victory in World War II.

To commemorate the bravery, valor, and sacrifice of those who served, Dover’s Air Mobility Command Museum will honor the anniversary in a tribute celebration on May 3 and 4, ahead of the actual anniversary date of June 6.

Friday, May 3 kicks off the celebration with a visit from the historic C-47 Skytrain, That’s All, Brother, that carried the first paratroopers from the 101st and 82nd Airborne divisions to the beaches of Normandy on D-Day. This legendary aircraft will be open to the public for tours on Friday and Saturday before making its way back to Normandy for the June 6 anniversary.

On Saturday, May 4, the museum hosts a free all-day celebration full of festivities and honorary tributes to the heroism displayed on D-Day. Exciting flyovers from the iconic That’s All, Brother along with the C-130 Hercules, the C-17 Globemaster III, and a C-5M Super Galaxy will fill the skies ahead of tours of the aircraft. The museum’s static display aircraft will also be open for tours, and the main hangar will feature Drop Zone Normandy Mission Briefs for public viewing.

Special guests include two veterans of D-Day, both who jumped out of the museum’s resident C-47, Turf and Sport Special. Historical presentations and reenactors will perform throughout the day, and classic 1940s music performed by the Smooth Sound Big Band will bring the spirit — and dances — of the ‘40s to the festivities. Get ready to swing!

Food and drinks will be available to purchase all day from on-site vendors. Gates open bright and early at 9 a.m. on Saturday to commemorate the 75th anniversary of this day of days — plan your trip to Delaware’s Quaint Villages now!